The Basics of the Franchise Disclosure Document (FDD) 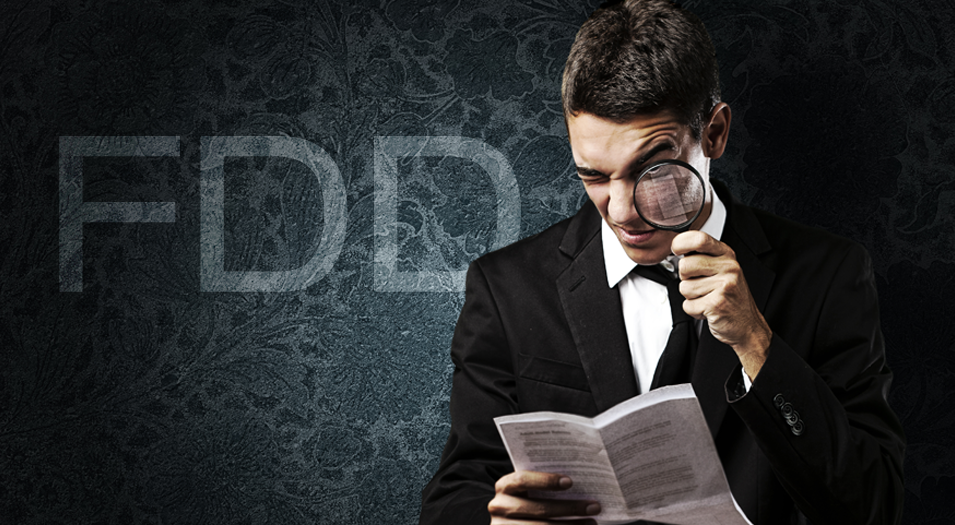 If you’re through kicking the tires and have decided to purchase a franchise, you will soon encounter the central legal document of the franchising world: the Franchise Disclosure Document, or FDD. Here are some basic points about the FDD that the new franchisee will want to know.

What is an FDD?

The FDD is intended to fully prepare and inform a prospective franchisee in advance of the purchase of a franchise unit, or units. Formerly known as the Uniform Franchise Offering Circular, FDDs became mandatory from franchisors when the Federal Trade Commission (FTC) amended its 30-year-old “franchise rule” in 2008.

New franchisees must be provided with the FDD that pertains to a franchise they’re considering at least fourteen days (or 10 business days) in advance of making a binding agreement with a franchisor.

FDDs are uniform in their structure, in that every one contains twenty-three categories of information, or “items,” that the FTC has deemed necessary for prospective franchisees to have at their disposal.

Contents of an FDD

The FDD provides full disclosure to the franchisee on all aspects of the business s/he is about to buy. This information includes detail on: the franchisor and his background, the financial arrangements to which both parties agree, the obligations and restrictions borne by the franchisee, and data on both the existing and former franchisees in the system.

A thorough review and understanding of the FDD before signing on the dotted line is so crucial for the franchisee that the FDD acronym might aptly be redefined as the Franchisee’s Due Diligence. The FTC has mandated the disclosures contained in an FDD for a purpose: the protection of newcomers to a franchise business. New franchisees are well-advised to read and understand the FDD, with the help of an experienced franchise attorney.

Some Key Items from the FDD

The FDD is the Federal Trade Commission’s way of saying caveat emptor to prospective franchisees – “let the buyer beware.” Any sound decision-making on the purchase of a franchise begins with an eyes-wide-open look at the franchise’s FDD.