Rhino 7 Franchise Development Corporation is the nation’s leading provider of franchise services. Founded in 1999 and led today by Doug Schadle and John Cohen, Rhino 7 enjoys a reputation for honorable business practices, integrity and performance among franchisors and franchise brokers alike. It’s the kind of performance that translates to consistently increasing franchise sales for Rhino 7 clients.

One of the company’s most successful brands in recent years has been PRO Martial Arts®, a chain of martial arts instruction studios with headquarters in King of Prussia, Pennsylvania. Martial arts expert Master Ed Samane, founder and CEO of PRO Martial Arts (PMA), came to Rhino 7 for help in 2010. Samane’s PMA brand was stagnant, with franchise sales of only eight licenses in two and a half years. He had hired and fired two other franchise consultants before turning to Schadle and Cohen at Rhino 7. 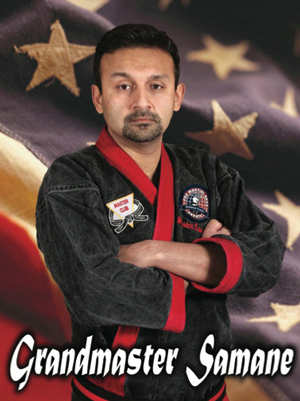 “They said no – six times,” Master Samane says. “Rhino 7 is a very selective organization, meaning that they want every partnership they form to be a home run. Doug and John carefully examine the business model, the competitive landscape, the financial strength of the franchisor – all of it. To gain their confidence and to share my  passion for the PRO Martial Arts concept, I had to really step up my efforts, and get my homework done. Following through on that has benefited me and my business tremendously.”

Master Samane says, “Some of the franchise consultants out there seem to have one primary concern: collecting their retainer. I felt that Rhino 7 consistently earned their fees. Their habit was to underpromise, then overdeliver. Doug and John made it pretty painless for me to sign their payment checks.”

Today, PRO Martial Arts has sold 133 franchise licenses, and there are 32 PMA dojos (studios) open for business in the U.S. and Canada. Master Samane is happy to give credit where it’s due for the dramatic increase in franchise sales.

He says, “I attribute much of PRO Martial Arts’ success to our partnership with Rhino 7 Franchise Development Corporation. And it truly is a partnership. Doug and John have been mentors, partners, and now we are friends.  They do business honorably and with integrity. Any brand would be fortunate to work with them.”