For the Love of Donuts 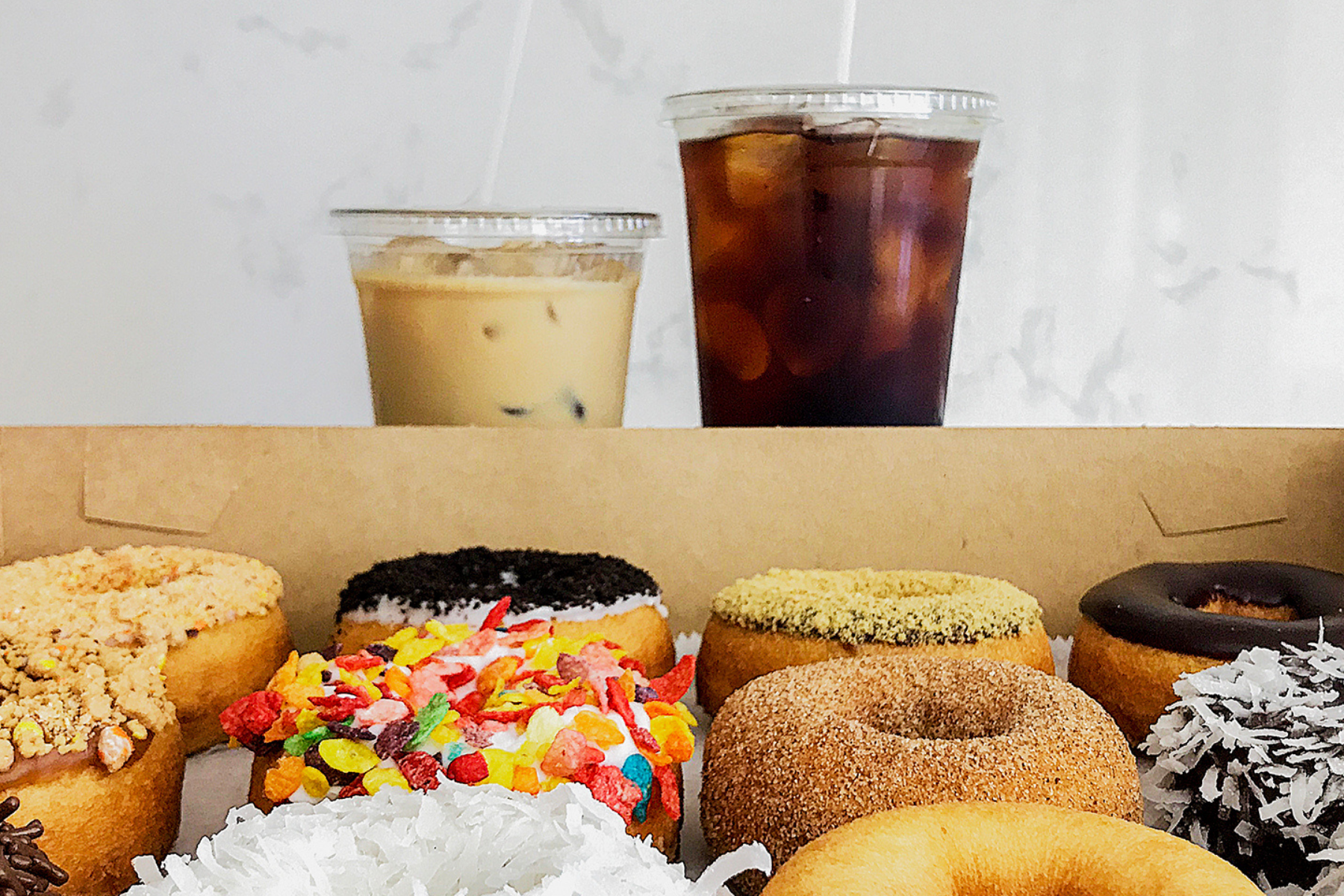 Shawn Wampole traded his old job as a cop for one as co-owner of The Donut Experiment.

Several years ago, he and his wife, Cecilia, vacationed in Anna Maria Island, Florida, with their kids – living in Philadelphia at the time, they felt like something was missing; there weren’t any doughnut shops.

They journeyed home and joked about opening a shop somewhere on Anna Maria Island. But once the idea started being discussed, that is all they could think about. In less than a year of contemplating the idea, they were already quitting their jobs and selling everything to make their doughnut dream come true. They packed up the family and headed south.

The Wampole’s opened Anna Maria Donuts in December 2012 and later changed the name to The Donut Experiment. They already had people lining up outside their doors for their doughnuts less than a year later. There was a massive demand for these delectable creations. Customers would first choose from among five flavors of icing and toppings before taking them home to enjoy.

Ten years later, The Donut Experiment began another chapter of business in franchising. After being contacted by many eager individuals who wanted a Donut Experiment close to home, they had no other choice than to jump at the opportunity. The Donut Experiment is a fun, unique franchise model that stands apart from any other of its kind. With its boutique-style donut shop, the donuts are made to order, and customers get to create their donuts. Franchises get top-notch support from The Donut Experiment; from assisting you through buildout, supporting you during the hiring process, executing marketing plans, to utilizing superior technology solutions within your business, they have you covered.

Dressed in vibrant paint colors with the amazing smell of fresh donuts and icings, toppings, and drizzles lining the counters, just walking into the shop can make customers feel like a kid again. Eyes light up when they see all of the delectable selections of toppings. Customers can also witness the made-to-order donut-making process. Donuts can be as simple as plain or glazed or as crazy as key lime, maple bacon, or Sriracha. It’s the ultimate donut experience that allows customers to be creative.

Today, The Donut Experiment has expanded its menu and footprint with franchises across the US. Over the years, they have added in more than coffee. Now they have a selection of lattes, espresso drinks, their “almost” famous iced coffee, and Beaker Blenders, a frothy slush coffee beverage that you won’t find anywhere else. They also offer catering packages like donut holes and donut cakes. These packages have been extremely popular for birthdays, weddings, and baby showers. “Donut boards have become popular for weddings. We can get creative with donuts, and it is fun to be part of people’s special occasions,” says Cecilia Wampole “my favorite custom orders are gender reveals.”

“At the end of the day, this whole thing has been an experiment,” says Cecilia Wampole. “We are excited to see how far it goes. “