Rhino 7 Franchise Development Corporation attended the annual conference of one of its premier franchise opportunities, PRO Martial Arts®, held July 18-20 in King of Prussia, PA. For John Cohen and Careyann Golliver of Rhino 7, the conference presented the opportunity to witness first hand the phenomenal growth in franchise sales of the PRO Martial Arts brand.

“The PMA conference was really well done. Everybody involved did an amazing job,” Cohen, Rhino 7’s president, said. “PRO Martial Arts is a newer brand – this annual conference was just their second one – and yet there were close to fifty franchisees there.  I’m guessing about 150 to 200 people in all attended, including franchisees, spouses and staff. Those are some impressive numbers.” 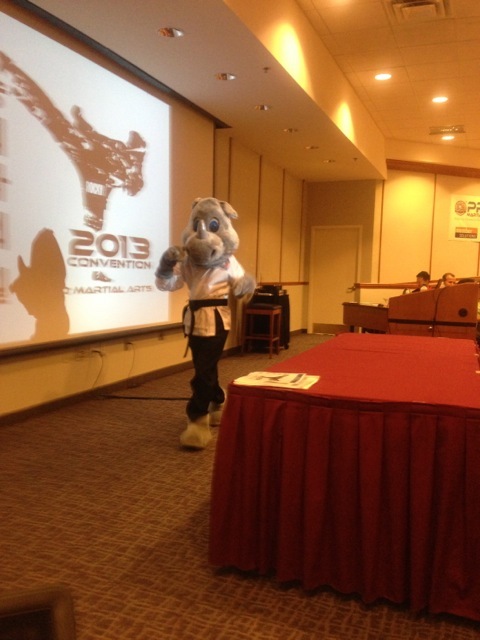 The numbers get even better. Since the first PMA annual conference in June of 2012, the number of dojos (karate studios) open has grown from 13 to 31. Franchise licenses have quadrupled and then some, increasing from 30 to 139. And PRO Martial Arts franchisees now total 65, up from 18 last year. Franchise sales for this Rhino 7 client are clearly on the upswing.

Golliver, Rhino 7’s franchise sales manager, stayed for the entire conference to observe and learn, and to meet and interact with many of the franchisees that she has placed in the PRO Martial Arts System. “Both Careyann and I gained a great deal from attending the conference,” Cohen said, “and Careyann in particular was really able to expand her experience and knowledge of this brand.”

PRO Martial Arts announced the launch of a new program designed for the young students who take instruction at the dojos. Called LEAN (Lifelong Eating and Nutrition), the program focuses on healthy food choices for karate students, intended to compliment the martial arts instruction they receive.

“The LEAN program created lots of good buzz at the conference,” Cohen said. “It added to the general excitement for the franchisees, and it helped confirm for them that they really have invested in a solid business with PRO Martial Arts. And as for Careyann and myself, we both came away even more charged up about the PMA brand than we were before the conference. And that’s saying a lot!”